Very low prices: our selection of items reduced to €10 or less
An extra 15% off from 3 sales items with the code OFFER15

By changing its logo in 2019, Tecnifibre also took the opportunity to change all its packaging and increase brand visibility.
In addition, to improve clarity and to facilitate the choice of strings, 3 ranges have been created: Monofilaments - Multifilaments Poly-Fusion - Multifilaments

In order to reinforce this approach, we decided to test one string from each range in order to judge its contribution to the game and if the differences are significant.

We have therefore selected the following three strings:

In order to compare these three string, we tested them on the basis of these characteristics:

The test protocol : In order to make objective comparisons, we used the Playsight system on our tennis court. This system is a terminal connected to 5 cameras around the court that will analyze each ball strike in order to provide accurate game statistics on : Speed - Rotation - Height from the net - Accuracy Based on the results, we were able to classify all the string according to each aspect mentioned above. We also used a ball machine to ensure a ball of similar quality on the different tests performed. 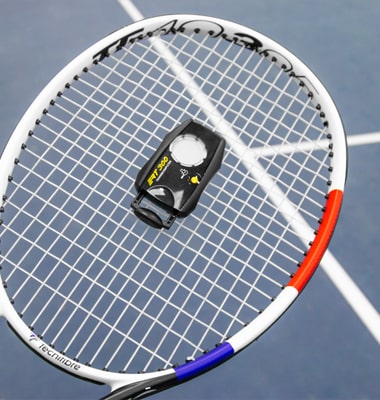 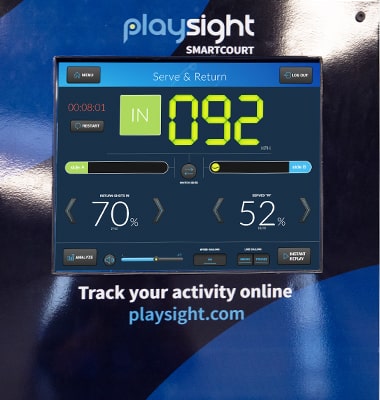 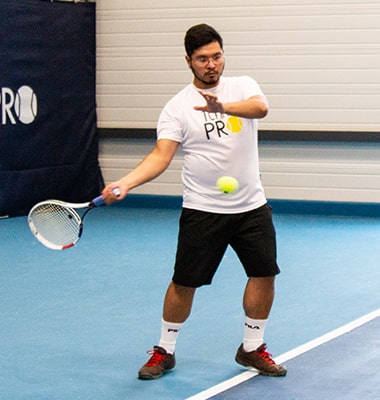 In order to compare ball speed, each tester had to make a total of 10 maximum power strikes on the forehand, then on the backhand with each Tecnifibre string. 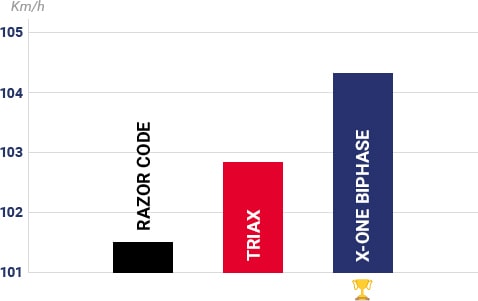 The Tecnifibre X-One Biphase string is the one with the best result on this aspect. This is due to the fact that it is a multifilament and has superior flexibility due to the material from which it is made.
In contrast, the Razor Code is a monofilament and its polyester construction will disperse the energy of the ball to maintain more control but offer less power.
The Triax takes advantage of its hybrid construction between monofilament and multifilament to fit between the two previous strings.

String gauge can influence string characteristics. Indeed, a thinner gauge will be more elastic. and will therefore offer more power than a thicker gauge. A 1.20mm gauge will be on average 10% more elastic than a 1.25mm gauge.

In order to be able to compare the control provided by each of these ropes, our two testers took part in an exercise in which they had to try to hit specific areas on the court.

The Tecnifibre Razor Code string achieved the best result on this feature. This is due to its greater rigidity of its polyester construction.
The Triax obtained a result very close to the Razor Code thanks to its composition, 50% co-polyester.
The X-One Biphase will offer the least amount of control when hitting as its flexibility is greater.

By pre-stretching your string, especially on natural casings and multifilaments, you will gain control. Indeed, the pre-stretch will slightly break the elasticity of the string and stiffen it to give you more control on each of your strikes.

To compare the spin of these five strings, our two testers carried out short and cross court shots in order to maximize the rotation of the ball. 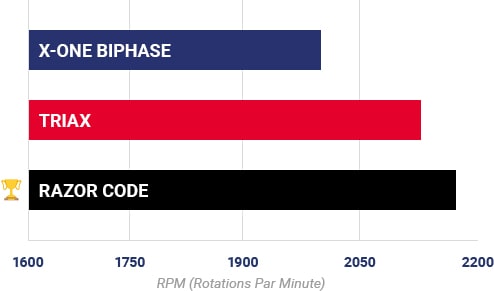 Razor Code and Triax strings achieved similar results in spin. The presence of polyester will favor the return of the strings in position and the grip of the ball for more topspin.
In contrast, the X-One Biphase is made from polyamide and will accentuate the spin less, even though its polyurethane outer shell will allow it to have a very good result for a multifilament.

By reducing the tension of your string, you will enhance your spin. This is because strings that are less tense will have less friction between them and will move faster to give more rotation to the ball.

Multifilament, a string known for its extreme elasticity, tends to elongate much more than other constructions when strung on the racquet. Therefore the actual gauge installed on the racquet will be thinner than the gauge printed on the string. 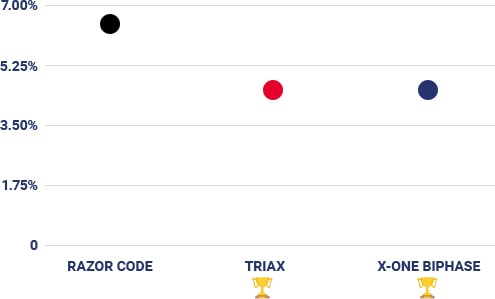 In terms of tension upkeep, X-One Biphase and Triax strings take advantage of their flexibility to maintain consistent properties over time.
In contrast, the Razor Code will suffer from a greater drop in tension over time but it remains very good for a monofilament.

Multifilament, a string known for its extreme elasticity, tends to stretch much more than other constructions when strung on the racquet. Therefore, the actual gauge installed on the racquet will be thinner than the gauge printed on the string.

The comfort of each string was determined using a scoring system completed by each player after the test. 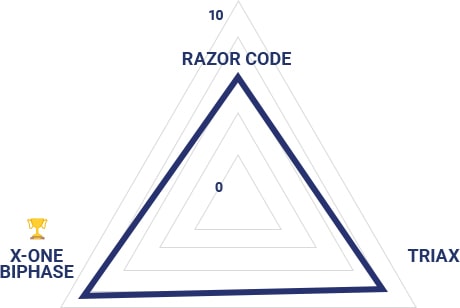 Thanks to their higher elasticity, the X-One Biphase and Triax are the most comfortable strings in our test.
In contrast, the Razor Code will be suitable for physically strong players as its lower comfort will not suit all players.

When stringing your racquet, you can select a lower tension for the crosses (-1kg compared to your mains) and this will improve your comfort when playing and your feel when hitting.

How can I find the string that suits me among the tecnifibre range?

Following the tests and the analysis of the different results, we offer you a summary table below in order to help you find the string that suits you best, according to the benefits you want.

such as the
Razor code
This range suits me if :

such as the
triax
This range suits me if :

such as the
x-one biphase
This range suits me if : 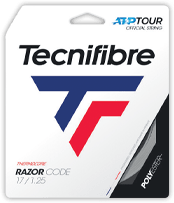 Favourite string of the test : Razor Code « With my defensive style of play, I enjoyed the control and spin of the Tecnifibre Razor Code, which gave me a lot of security in my shots and the ability to push my opponents back. » 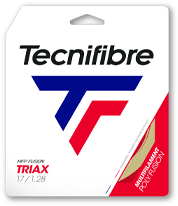 Favourite string of the test : Triax « I found the Triax impressive. I had the same feeling on impact as if I were playing with a multifilament but my ball quality was still close to monofilament. Same spin and control but with an easier ball length and the comfort that is characteristic of multifilament. I find that it reveals great potential on heavier shots. »
Buy a tecnifibre string